Glamping has been something I’ve wanted to do for a while now. Over the past few years it has become more and more popular and is even available at some UK festivals, if camping isn’t your thing. As I’ve said, it’s been on my bucket list for a while but I’ve noticed when doing my research it can be fairly expensive.

After jetting off to Mallorca earlier in the year, we wanted to book a mini break in the UK and it was then that we come across Lady Heye’s Caravan Park, which has a number of glamping pods and deluxe pods. Lady Heye’s is located near the market town of Frodsham and is only a 30 minute drive away from where we live. We’ve seen it advertised before but the glamping pods are relatively new, so we’ve not heard much about them.

After looking into what Lady Heye’s had to offer, we decided to book a deluxe pod for one night, costing £150. A few people have commented about the price saying it’s rather expensive, which I suppose it is but I would definitely pay it for a special occasion or if it’s something you’ve never done before. 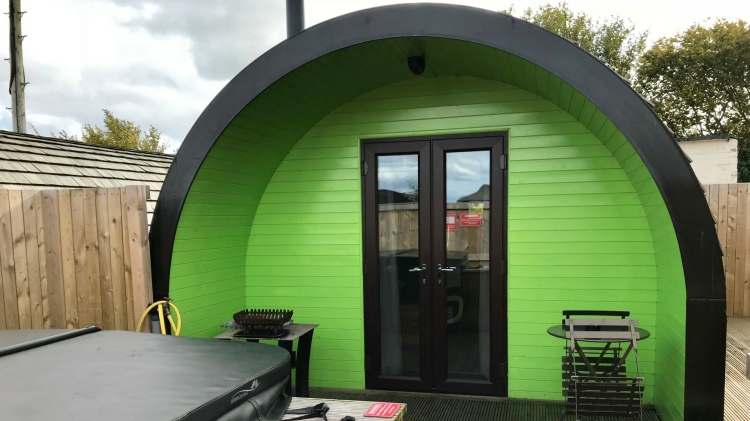 We checked in at 2pm and were shown around our pod by a member of staff who talked us through the safety procedures and how to operate the hot tub. Both the standard and deluxe pods have their own hot tub, the difference being, the deluxe are more private and have a toilet inside. In my opinion, I would recommend paying the extra £50 for a more private, deluxe pod, which also has a toilet and its own parking space next to the pod.

The deluxe pods sleep up to 4 people, so each has a double bunk bed, toilet, TV, log burner, sofa, fridge, heater and a small amount of storage space. Although the pods don’t contain a shower, there is a private shower block at the end of the path. Although we weren’t far from home, we’ve never been to Frodsham so we didn’t know what it was like for places to eat & drink. When we checked in we were given some takeaway menus but we decided to go and see what restaurants were available in the local area. 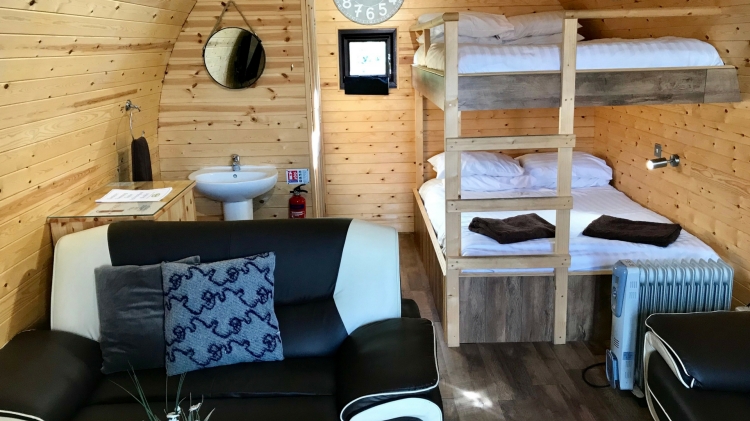 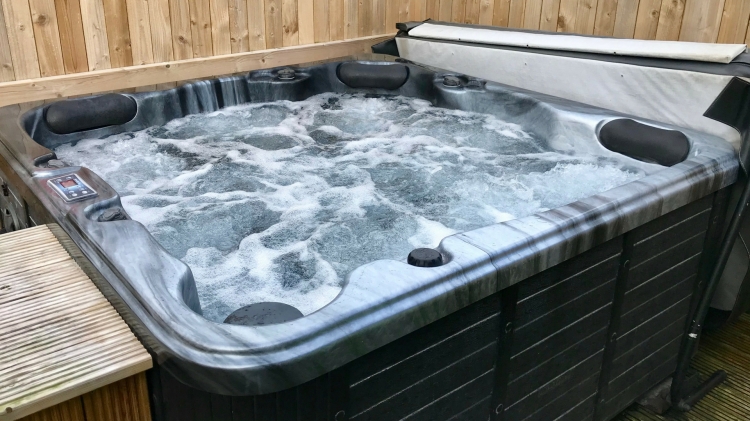 After enjoying a drink in the cosy surroundings of the Bear’s Paw, we headed for a Chinese and then made our way back to make use of the hot tub. With it being a cold, autumn night, I decided to stop off and buy some fire wood for the outdoor pit. The sky was dark, the fire was lit and the hot tub was bubbling away. I’d taken some beer and wine as well so it was the perfect setting.

If you’re looking for a short break then I would definitely recommend glamping. We’re lucky that Lady Heye’s isn’t far away but there are a number of other glamping sites across the UK. If you’re thinking of trying Lady Heye’s for more than one night then there is plenty of things to do in the surrounding areas such as Chester Zoo, Delamere Forest, Cheshire Oaks Designer Outlet and much more.

About My Take On Life

My Take On Life is a UK Men's Lifestyle Blog. You can expect to see content posted about a range of topics such as Lifestyle, Health & Fitness, Food, Travel, Music & Much more!

Feel free to get in touch mytakeonlife16@gmail.com